For no overly apparent reason, a 1971 John Wayne interview from Playboy magazine has found itself making the rounds on social media, and not for the best of reasons. The rather candid interview reveals that the actor and director — who starred in more than 170 films during his lifetime — was a racist and homophobe. What a legacy to leave behind, huh?

As many previously had to clue as to the actor’s deep-seated prejudices, Twitter has been having a field day with the revelation. Plenty of people are responding to the interview, including American comedian Patton Oswalt, who wrote, quoting the John Wayne interview, “‘If it’s supposed to be a black character, naturally I use a black actor’ was as ‘woke’ as John Wayne got, I guess.”

Jesus fuck, John Wayne was a straight up piece of shit

Early in the John Wayne interview the actor, known for his many Western genre films, complains about “perverted” movies coming out of Hollywood, including Easy Rider and Midnight Cowboy. He calls the latter — in which Jon Voigt plays a young guy who moves to New York City to become a prostitute — “a story about two fags.”

Among the most ridiculously racist things found in the John Wayne interview is this: “I believe in white supremacy until the blacks are educated to a point of responsibility. I don’t believe in giving authority and positions of leadership and judgment to irresponsible people.”

The interviewer, to his credit, isn’t content to simply let Wayne espouse racist bullshit without pushback, and asks the actor what makes him “equipped to judge” who is sufficiently educated or of good judgment. But Wayne doesn’t back down: “It’s not my judgment. The academic community has developed certain tests that determine whether the blacks are sufficiently equipped scholastically. But some blacks have tried to force the issue and enter college when they haven’t passed the tests and don’t have the requisite background.” 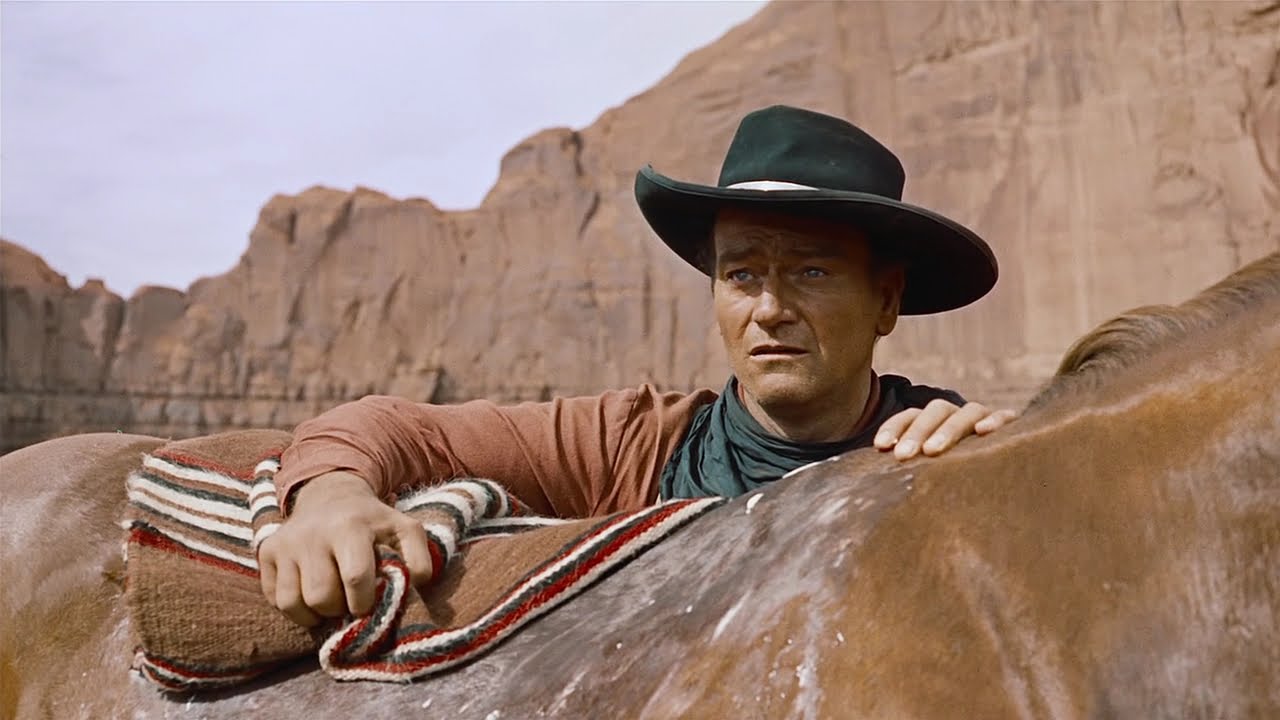 He goes on to say, “I think any black who can compete with a white today can get a better break than a white man. I wish they’d tell me where in the world they have it better than right here in America.”

Regarding the quote Patton Oswalt pointed out on Twitter, Wayne said of Black representation in the films he directed, “I don’t go so far as hunting for positions for them. I think the Hollywood studios are carrying their tokenism a little too far. There’s no doubt that 10 percent of the population is black, or colored, or whatever they want to call themselves; they certainly aren’t Caucasian. Anyway, I suppose there should be the same percentage of the colored race in films as in society. … But it can’t always be that way. There isn’t necessarily going to be 10 percent of the grips or sound men who are black, because more than likely, 10 percent haven’t trained themselves for that type of work.”

But the Black community isn’t alone in being attacked by John Wayne during the interview, as Native Americans are also considered ‘the bad guy’ according to this wannabe cowboy.

Asked whether Wayne has empathy for Native Americans, who are consistently portrayed as the bad guys of his films, he says, “I don’t feel we did wrong in taking this great country away from them, if that’s what you’re asking. Our so-called stealing of this country from them was just a matter of survival. There were great numbers of people who needed new land, and the Indians were selfishly trying to keep it for themselves.”

You can’t make this stuff up!

In an effort to put this John Wayne interview into perspective, keep in mind that it took place three years after the assassination of Martin Luther King Jr., 17 years after the start of the Civil Rights Movement in the United States. Naturally, some on Twitter have defended the actor’s homophobic and racist statements as simply a ‘product of the time,’ but don’t be fooled — racism and homophobia was not some universal doctrine of the 1970s.

What are your thoughts on this recently unearthed John Wayne interview?

or Download the App to read the latest stories